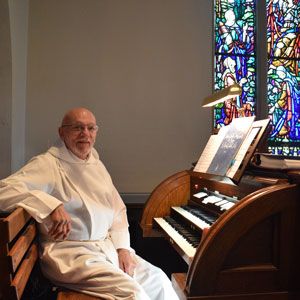 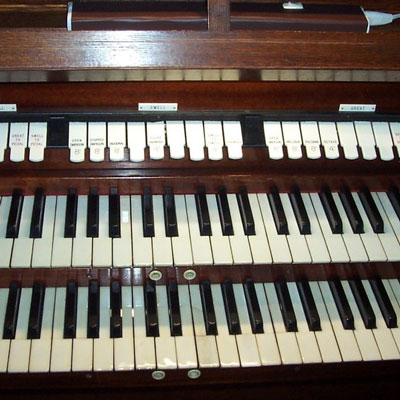 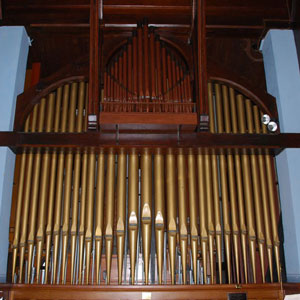 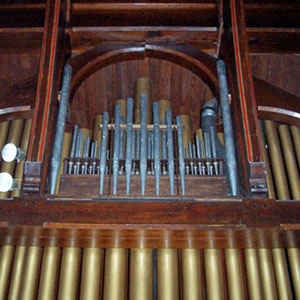 It is a small instrument, originally only eight ranks of pipes, but it is beautifully voiced and fills the church with sound very adequately. Mr. Haskell constructed the console, the wind-chests and reservoir and other parts at that time, but seven of the original ranks of pipes appear to date from sometime around the Civil War, probably from a much older tracker organ. It was not uncommon at that time to reuse old pipework if it was in good condition.

In 1949 a gift of $1000 made restoration of the Pedal 16′ Bourbon possible. In 1976, due to another gift, a 4′ Octave was added to the Great division.  New cables were also installed between the console and the wind-chests.

By the spring of 2012 the organ had become unplayable due to corrosion of the key and pedal contacts.

A new parishioner with organ background joined St. Paul’s and proceeded to replace the console interior with new slide switches for the couplers and all new key and pedal contacts.  The stop board was reconfigured to add new stop and coupler tabs and arrange the stop tabs in a more modern arrangement.  A new windchest was built for the 4′ Octave allowing all the pipes to be placed together. The pipes of gray spotted metal were painted gold to match the rest of the facade.

A New Meidinger blower was installed in 2014 to replace the aging and inadequate original blower. It supplies more and steadier wind pressure.

In 2015 the console was taken down from an 18″ high platform in front of the church.  The platform was removed and the console now sits on the floor facing the congregation; a much less prominent position and provides a better view of the proceedings for the organist.

In January of 2019, an 8″ Trumpet was added to the Great division which will eventually play on the Swell and Pedal. Future plans for the addition of a 2 2/3′ Twelfth and a 2′ Fifteenth to the Great, an 8′ Voix Celeste t.c. and a 2′ Spitzprincipal to the Swell and an 8′ Bourdon to the Pedal.